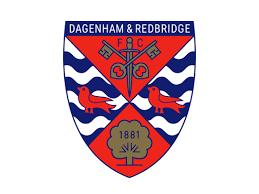 Dagenham & Redbridge
by Vincent
2 months ago 0 65

Gillingham will be looking to give their supporters some much-needed festive cheer when they take on Dagenham & Redbridge in their FA Cup second-round replay on Thursday at the MEMS Priestfield Stadium.

The National League outfit held their higher-tier opponents to a 1-1 draw in the first meeting last month and will travel to the Priestfield Stadium optimistic of recording a cup upset.

Gillingham required a replay to get better of National League North side Flyde in the first round of the FA Cup, and that 1-0 victory marks just one of two wins for the Gills in their last 12 matches, the other coming in a penalty-shootout EFL Cup win over Brentford.

However, progression in the cup competitions has not offered much of a silver lining for Gillingham amid their poor forunes in the fourth tier.

While Neil Harris accepted most of the blame for that defeat, the manager pulled no punches when criticizing his players’ failures to score, and Gillingham are now without a victory in League Two since defeating Sutton United 1-0 on October 1.

The Gills have now failed to score in each of their last six League Two games, and they have only netted just six league goals all season long, the worst tally in the division by far.

Dagenham & Redbridge were seconds away from eliminating Gillingham from the FA Cup in their second-round tie following Josh Walker’s 80th-minute opener, but Harris’ side forced a replay through Scott Kashket’s injury-time equaliser at Victoria Road.

Prior to that, Daryl McMahon’s side had put seven past Beckenham Town and claimed a 1-0 victory over Maidenhead United to progress to the second round, and they reached the third round as recently as the 2015-16 season before they were eliminated by Everton.

Dagenham are outsiders when it comes to pushing for a playoff spot in the National League, occupying 10th place in the table with eight wins, five draws and seven losses from their first 20 matches, but a three-game winning run in the fifth tier was brought to an end last time out.

These two teams have previously met on eight occasions across all competitions, where Gillingham have claimed four victories while Dagenham have won three, and they have drawn once. Gillingham have scored 13 goals and conceded 10 in the process.

Gillingham defender Dave Tutonda is stepping up his recovery following a knee surgery two months ago, and is now back in training with the squad but he did not feature against Salford.

Olly Lee is also doubtful as he rehabilitates following a broken toe, while striker Callum Harriott is not ready for first-team action either

Goals have not been an issue for McMahon in recent occasions, as strike partners Walker and Junior Morias have 14 between them this season and will start up front.

The Dagenham manager should keep faith with majority of the side from last week’s draw, although Joel Taylor could retain his place.