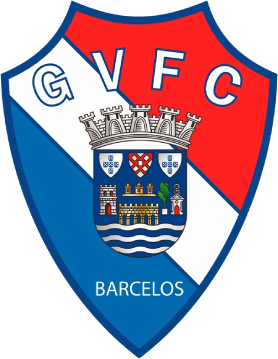 A spot in the semi-finals of the 2022-23 Taca da Liga will be at stake on Wednesday when FC Porto and Gil Vicente go head to head at the Estadio do Dragao.

Both teams picked up seven points from their opening three cup matches to enjoy an unbeaten run in the group stages and will head into the midweek tie looking to continue in the same vein.

Porto continued their quest for a domestic treble as they claimed an impressive 4-0 victory over Vizela in their Taca da Liga Group A finale to secure a spot in the knockout stages.

Prior to that, Dragoes kicked off their cup campaign with a somewhat disapppointing 2-2 draw against a 10-man Mafra side on November 25 before bouncing back in fashion two weeks later when they picked up a 2-0 victory at Chaves.

Sergio Conceicao’s side, who finished top of Group A on seven points, head into the midweek unbeaten in each of their last nine matches across all competitions, picking up seven wins and two draws since a 1-0 home defeat to rivals Benfica on October 21.

This impressive run saw Porto secure top spot in Group B of the Champions Leageu, ahead of Club Brugge, Bayer Leverkusen and Atletico Madrid, while also cruising through the fourth round of the Taca de Portugal through a 3-0 victory over Mafra on November 8.

This followed a 2-0 victory over Nacional on November 27, when Vitor Carvalho and Lucas Cunha scored first-half goals and their six-game losing run and see off the Segunda Liga side.

Gil Vicente are now unbeaten in each of their last three matches and their recent upturn in form has been due to their fine display in defence, where they have kept successive clean sheets for the first time since August.

However, Porto are unbeaten in 18 of the last 20 encounters between the teams since 2011, including each of their last seven meetings since a 2-1 defeat in August 2019.

These two teams have previously met on 41 occasions across all competitions, where Porto have claimed 33 victories while Gil Vicente have won four, and they have drawn in four. Porto have scored 88 goals and conceded 28 in the process.

Porto will be without the services of Nigerian full-back Zaidu Sanusi, who has been out of action since sustaining a muscle injury in November’s Champions League game against Atletico Madrid.

We expect Conceicao to make several changes in the side, with Otavio, Taremi and goalkeeper Diogo Costa pushing for starting roles.

Cunha has now scored in back-to-back matches for Gil Vicente and we expect the Brazilian international to lead the visitors’ defence once again alongside Ruben Fernandes.

Sousa should name an unchanged attacking quartet of Ali Alpour, Murilo Souza, Fujimoto and Navarro, who has 12 goals across all competitions this season.