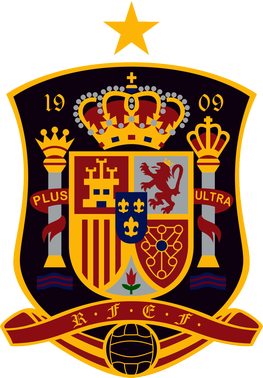 Two European heavyweights who began their 2022 World Cup campaigns in contrasting style meet at the Al Bayt Stadium on Sunday, as Spain take on Germany.

While La Roja recorded their biggest-ever World Cup victory last time out, Germany were forced to one of the most embarrassing defeats on the world’s biggest stage and are now at risk of elimination from Group E.

For the first time since 2006, Spain managed to win their opening match at the World Cup after beating Costa Rica 7-0 at the Al Thumama Stadium on Wednesday.

There was an evident gap in class between the two nations, with Spain having 81.9% possession, while Costa Rica failed to register a single shot in the entire game.

Since Spain were crowned world champions in 2010, they have endured a difficult period on the biggest international stage, with elimination at the group stage in 2014 followed by a last-16 exit on penalties against 2018 hosts Russia.

However, victory over Germany could thrust them back into the conversation of contenders to go all the way in this year’s competition in Qatar and would secure their spot in the knockout stages before their final group game against Japan.

Four years on from a disappointing group-stage exit at the World Cup in Russia, Germany are at risk of another departure at the first hurdle following their surprise 2-1 defeat to Japan on Wednesday.

Germany have now won just two of their last nine internationals across all competitions and Hansi Flick has admitted that his side are under pressure heading into Sunday’s contest.

Returning to winning ways could prove challenging, as Germany have won just one of their last seven matches against Spain across a 19-year period, and they have not won a competitive game against La Roja since a 2-0 victory at Euro 1988.

Spain vs. Germany Head to head

These two nations have previously met on 25 occasions across all competitions, where Spain have claimed eight victories while Germany have won nine, and they have drawn in eight. Germany have scored 30 goals and conceded 31. In their last five meetings, Germany have won one, Spain two with two draws.

Eighteen-year-old starlet Gavi, who made World Cup history with his goal on Wednesday, is expected to start again for Spain alongside fellow Barcelona midfielders Sergio Busquets and Pedri.

Aymeric Laporte was joined at centre-back by Rodri, who may keep his spot at the heart of the defeance ahead of Eric Garcia.

Leroy Sane missed his side’s defeat to Japan due to a knee injury and the Bayern Munich winger remains doubtful for this game, despite returning to training in the last few days.

A back four of David Raum, Nico Schlitterbeck, Antonio Rudiger and Niklas Sule is set to remain the same.

Spain vs. Germany: Odds and Predictions