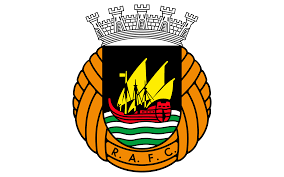 Sporting Lisbon
by Vincent
2 months ago 0 38

Rio Ave and Sporting Lisbon will both be looking to make it two wins from two in the Taca da Liga when they meet at Estadio do Rio Ave Futebol Clube.

While Ruben Amorim’s side beat Farense 6-0 on home turf, the Vilacondenses kicked off their hunt for top spot in Group B with a narrow victory over Maritimo last Tuesday.

Defender Aderllan Santos put Maritimo to the sword in last week’s group opener as he scored in the 90th minute to hand Rio Ave a narrow 1-0 victory.

The result was in keeping with their recent upturn in form in the Primeira Liga, where they are on a two-game winning run and have picked up nine points from the 12 availabe since October’s 4-2 defeat to Benfica.

Luis Freire’s side have scored just four goals in those four games, but they have been impressive at the defensive end of the pitch, where they have conceded just once in their last five matches, which came in the 1-0 loss to Casa Pia on October 30.

Next up is a Sporting Lisbon side against whom Rio Ave are winless in their last four meetings and have failed to keep a clean sheet since a goalless draw back in 2016.

Meanwhile, Sporting Lisbon kicked off their Taca da Liga title defence in style as they claimed a commanding 6-0 victory over Farense when the sides met at the Estadio Jose Alvalade last Wednesday.

Paulinho’s brace and a Marcus Edwards 39th-minute goal put the hosts in a commanding lead heading into half time, before Pedro Goncalves, Arthur Gomes and Mateus Fernandes added to the scoreline to sink the Segunda Liga side.

Sporting had previously claimed a 3-0 victory over Vitoria de Guimaraes in the Primeira Liga on November 5 to end their three-game winless streak, before beating Famalicao 2-1 in their final game before the World Cup break.

However, the Leoes have struggled for results on the road, where they are winless in three of their last four matches and have managed just two victories since early September.

These two teams have previously met on 47 occasions across all competitions, where Rio have claimed seven victories while Sporting have won 29, and they have drawn in 11. Sporting have scored 83 goals and conceded 43. In their last five meetings, Sporting have won two, Rio one with two draws.

Freire could name an unchanged XI on Wednesday, with a back three of Santos, Patrick William and Renato Pantalon expected to start, with Jhonatan between the sticks.

Vitor Gomes, Gncalo Rodrigues and Miguel Baeza should retain their starting roles at the centre of the park, with Emmanuel Boateng leading the attack.

Head coach Amorim will be unable to call upon the services of midfielder Daniel Braganca, who has been sidelined through a cruciate ligament rupture.

Luis Neto has been out of action since September due to a severe knee problem and the veteran Portuguese defender will play no part in this game.