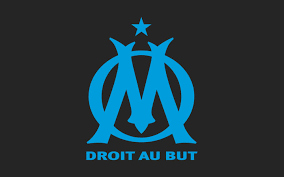 Toulouse
by Danny Black
1 month ago 0 36

Toulouse will look to end the three-game losing streak this week when they travel to Stade Vélodrome for a clash against Marseille in the 16th game week of the Ligue 1. Match day schedules for December 29 at 23:00 EAT.

The home team is currently sitting fourth in Ligue 1, and they managed to win two huge league matches prior to the World Cup break with back-to-back victories against rivals Lyon and Monaco.

Marseille enters this meeting after 2-3 Ligue 1 victory to beat Monaco in their previous encounter. In that game, Marseille had 58% possession, 11 shots with three of them on target and goals scored by Sánchez (35′), Jordan Veretout (83′) and Sead Kolašinac (97′). Monaco got 11 shots with six of them on target and goals by Wissam Ben Yedder (45′) and Kevin Volland (72′).

Meanwhile, Toulouse is 12th in the table with 16 points and has been poor on their travels this season, losing five of their last six with just four points collected from eight away games.

Marseille vs. Toulouse Head to head

Marseille has the upper hand in the head to head history of this match having won 24 times from the 51 encounters since 1993; Toulouse won nine times while 18 matches ended in draws.

Toulouse hasn’t won any of their last 6 games against Marseille.

Boss Igor Tudor will miss out the services of Eric Bailly and Amine Harit who are sidelined through injuries.

As for the visiting side, both Guillaume Restes and Rhys Healey are back to contention following injuries.

Marseille vs. Toulouse: Odds and Predictions