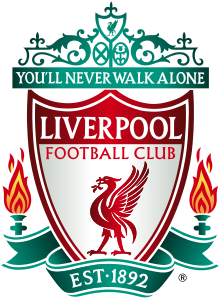 Liverpool Women will be looking to claim successive victories in the Women’s Super League when they play host to Leicester City WFC at Prenton Park on Sunday.

On the other hand, the Foxes are still searching for their first point of the campaign after losing all nine of the WSL matches this season.

Matt Beard’s side played out consecutive 3-3 league draws against Brighton and Reading, before they recorded a 2-0 victory over West Ham United last weekend.

Ceri Holland and Katie Stengel scored a goal each in the opening 20 minutes to end a seven-game winless league streak, while they also kept their first clean sheet of the WSL campaign.

Although the Reds lost 2-0 to Manchester City in the League Cup on Wednesday, they will head into the contest in confident mood after avoiding defeat in their last three league matches.

With eight points from their nine matches, Liverpool are confortably clear of Leicester City, who sit bottom of the WSL standings without a point to their name, but the Reds will be determnined to extend that gap with a victory on Sunday.

Meanwhile, Leicester City have been cut adrift at the bottom of the top flight table, with seven points separating them from safety.

Including last season, the Foxes have drawn just one and lost 15 of their last 16 league matches, and they will be looking to avoid an 11th straight league defeat here.

Willie Kirk moved from his position as Director of Football to take over the reins from Lydia Bedford, who was sacked prior to Leicester’s 4-0 defeat to Arsenal.

After beginning his reign with a dismal result against the Gunners, Leicester were narrowly beaten 1-0 by West Ham United following Izzy Atkinson’s 88th-minute winner, but they suffered a 8-0 defeat to Chelsea at the weekend.

While the loss to the Blues highlights their defensive issue, Leicester are also struggling in the final third, with two goals from nine matches making them the division’s lowest scorers, and Kirk will be well aware that his side need to improve at both ends of the pitch if they are to stand any chance of closing the gap to the teams above them.

These two teams have previously met on seven occasions across all competitions, where Liverpool have claimed four victories while Leicester have won three. Liverpool have scored 14 goals and conceded five in the process.

Liverpool are expected to be without the services of Rhiannon Roberts, while Charlotte Wardlaw could also miss out, and the Reds are hopeful that Melissa Lawley could feature on Sunday.

Beard rotated his side on Wednesday, but he is expected to select the same lineup that started last weekend’s victory over West Ham United.

Leicester City have a number of injury absentees, including Abbie McManus, Shannon O’Brien and Ashleigh Plumptre, while Erin Simon is a doubt after sustaining injury against Chelsea last weekend.

Should she fail to feature, then Catherine Bott will come into the side, while Natasha Flint may be brought into the starting lineup.