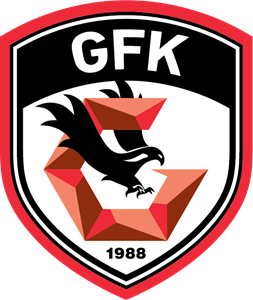 Gaziantep FK will be looking to pick up another positive cup result when they play host to Boluspor at Gaziantep Stadyumu on Thursday.

While the hosts are sitting in 10 place in the Turkish Super Lig table on 16 points through 13 matches, the visitors occupy ninth place in the 1. Lig standings on 27 points after 17 games.

Gaziantep have actually not been in competitive action since November 13 when the league paused for the World Cup in Qatar, a time which they played out a 3-3 draw with Fatih Karagumruk away from home.

They have since played three friendly matches, firstly beating Al Batin 3-1 before claiming a 1-0 victory over Konyaspor, after which they went on to lose 2-1 to Hatayspor on December 14. After this cup tie, Gaziantep are set to host Besiktas on Christmas Day in their first league match after resumption.

Meanwhile, unlike their hosts, Boluspor did not go into the break during the World Cup but instead continued their domestic proceedings.

The visitors have recorded one win, two draw and two losses in their last five 1. Lig matches, with Boluspor entering the contest off the back of successive stalemates with Bandirmaspor and Eyupspor – 2-2 and 0-0 scorelines respectively.

Up next for Boluspor is the challenge of facing a high-tier side, but they will be feeling confident of picking up a positive result on Thursday after going unbeaten in their last two competitive matches.

These two teams have previously met on 27 occasions, where they have each claimed eight victories while they have drawin in 11, also scoring 28 goals each in the process. In their last five meetings, Gaziantep have won four while Boluspor have won one.

The trio of Angelo Sagal, Joao Figueiredo and Alexandru Maxim are set to start for the hosts as the front three in a probable 3-4-3 formation.

Stelios Kitsuou, Alin Tosca, Alexander Merkel and Matei Hanousek are also expected to feature in the starting line up in the engine room, with Gunay Guvenc in goal.

Defensive midfielder Burak Asan and centre-back Naby Youssouf Oulare are suspended for Boluspor due to accumulations of bookings and are expected to return on December 26.

Gokhan Karadeniz is also suspended while right winger Mert Can Bilaloglu and attacking midfielder Abdoulaye Diarrassouba are ineligible to play.