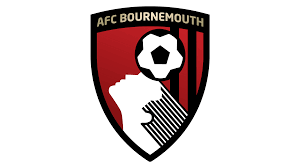 AFC Bournemouth
by Vincent
3 weeks ago 0 32

Looking to bounce back from early FA Cup exits, Brentford and AFC Bournemouth return to Premier League action at the Gtech Community Stadium on Saturday.

While the Bees were knocked out in the third round by West Ham United at the weekend, the Cherries suffered a 4-2 defeat to Championship pace-setters Burnley.

Beating Liverpool 3-1 in the Premier League last time out, Brentford extended their unbeaten run in the top flight to six matches – winning three of their last four – and they sit ninth on 26 points after 18 matches.

Thomas Frank’s side could have therefore slipped down to 10th place by the time Saturday’s fixtures commence, but going through matches with Liverpool, Manchester City and Tottenham Hotspur unbeaten only serves to further enhance Brentford’s reputation as a top-half-worthy team.

In addition, only leaders Arsenal have bet Brentford on their own patch this season, and avoiding defeat this weekend would see Frank’s side record a seven-game unbeaten run in the top flight for the first time in 85 years.

Having initially steadied the ship after taking over from Scott Parker, Gary O’Neil has now overseen three successive Premier League defeats to Crystal Palace, Chelsea and Manchester United, dropping Bournemouth into 16th place and just one point clear of Everton below the dotted line.

Entering the contest with a poor record of one win and seven defeats from their last eight top -flight matches, the Cherries also have a four-game losing run away from home to try to correct, but 29 goals conceded on the road is unsurprisingly the worst tally in the division.

Brentford beat Bournemouth 3-2 on aggregate when the two sides met in the semi-finals of the Championship playoffs in the 2020-23 season, but October’s Premier League encounter was far more uneventful, as they played out a goalless draw.

In the previous 41 meetings between these two sides across all competitions, Brrentford have claimed 17 victories while Bournemouth have won 15, and they have drawn in nine. Bournemouth have scored 44 goals and conceded 51 in the process.

Brentford striker Ivan Toney was not quite ready to return from his knee injury in the FA Cup, but should be able to apply for a place in the squad this weekend.

Aaron Hickey, Frank Onyeka and Shandon Baptiste could also come back into the side, leaving Pontus Jansson as the only absentee for the hosts with an hamstring injury.

Bournemouth defender Adam Smith is on a one-game Premier League ban after accumulating five yellow cards, and with Ryan Fredericks absent, Jack Stacey should come in to start here.

While Junior Stanislas, Marcus Tavernier and David Brooks are also confined to the treatment room, Jefferson Lerma should return to the midfield.