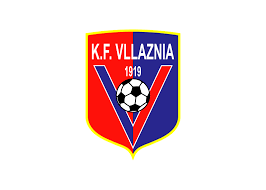 Following their huge 5-0 victory over Vllaznia Women in November, PSG Women will be looking to once again pick up a positive results against the Albanian side when they meet at Stadiumi Loro Borici on Thursday.

After progressing through the qualifying stages of the Champions League, Vllaznia were presented with a tough group when they were drawn alongside Chelsea, PSG and Real Madrid.

They kicked off the group stage with a 2-0 defeat to the Spanish side, but their last two European matches have been lost by larger scorelines.

Chelsea came out on top against Vllaznia by a scoreline of 8-0 on matchday two, before the Albanian champions were brushed aside 5-0 by PSG.

Since suffering the defea to PSG, Vllaznia have scored 12 goals across two league matches to mainatin their perfect record in the Alnanian Women’s National Championship.

Vllaznia produced a fighting display to keep Real Madrid to just two goals in their only previous home group game this season, and they will try to frustrate their opponents on Thursday.

Meanwhile, PSG are currently enjoying an impressive run of form, and they will be looking to extend their unbeaten streak to eight matches across all competitions on Thursday.

Despite experiencing a positive run of results, PSG still have work to do if they are to progress to the knockout rounds of the Champions League.

With four points on the board, the French side currently sit in second place with only goal difference separating them from third-placed Real Madrid.

After losing to Chelsea and drawing with Real Madrid, PSG eased to a 5-0 victory over Vllaznia courtesy of goals from Grace Geyoro, Ramona Bachmann, Sandy Baltimore, Magnaba Folquet and an own goal from Matilda Gjergji.

That result has helped Gerard Precheur’s side record four successive victories across all competitios, and after defeating their local rivals Paris FC 1-0 at the weekend, they will be confident that they can claim another win on Thursday.

These two teams have previously met on just one occasion in the Women’s Champions League, where PSG claimed a 5-0 victory.

Kaylin Williams-Mosier will start between the stick for the hosts, and she is expected to be shielded by the centre-back paring of Gjergji and Sara Maliqi.

Jehona Shala may have the lone task of leading the line as Vllaznia look to score their first goal in the Champions League group stage.

PSG are unable to call upon the services of Marie-Antoinette Katoto, who is a long-term injury absentee, while Laurina Fazer is expected to be on the bench once again as PSG manage her comeback.

Lieke Martens was an unused substitute for Sunday’s league win, but she could be brought into the forward line on Wednesday.