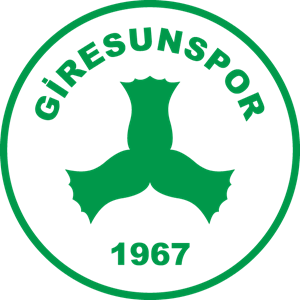 Giresunspor
by Vincent
3 weeks ago 0 36

Trabzonspor will be looking to get back to winning ways in the Turkish Super Lig when they take on Giresunspor on Thursday.

While the hosts enter the contest off the back of a disappointing defeat to Fatih Karagumruk, the visitors come into this one having claimed victory over Gaziantep FK.

Trabzonspor have enjoyed a decent 2022-23 campaign and sit sixth in the Turkish Super Lig, having picked up 26 points from 15 matches.

However, Abdullah Avci’s side have had a slightly inconsistent form this season, which has left them seven points behind league leaders Galatasaray.

Meanwhile, Giresunspor make the trip to Trabzonspor in mixed form and will be looking to move themselves up the table with a positive result on Thursday.

In their most recent game, a late winner from Riad Bajic sealed a dramatic 2-1 victory at home to Gaziantep as the hosts finished 2022 on a high.

However, their exploits in front of goal leave much to be disired this season, with Giresunspor having scored just 16 goals so far in the league.

Should they manage to beat Trabzonspor on Thursday, Giresunspor could leapfrog Alanyaspor into ninth as they have a game in hand over their divisional rivals.

Trabzonspor vs. Giresunspor Head to head

In the previous 12 meetings between these two teams, Trabzonspor have claimed five victories while Giresunspor have won twice, and they have drawn in five. Giresunspor have scored 10 goals and conceded 13 in the process.

Trabzonspor will have to make do without Marc Bartra on Thursday due to his straight red card in the defeat to Fatih Karagumruk.

Serkan Asan is absent due to a rupture in his outer meniscus, while Dorukhan Tokoz will not participate as he is a long-term absentee with a cruciate ligament rupture.

Riad Bajic and Serginho are expected to keep their spots in the Giresunspor XI due to their goalscoring exploits against Gaziantep.

Sergen Picinciol has missed several matches because of a knock and will not be available, while Borja Sainz is suspended as he has accumulated too many yellow cards over the course of the season.

Trabzonspor vs. Giresunspor: Odds and Predictions