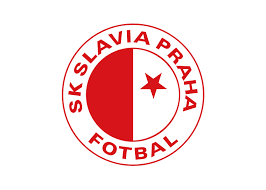 Roma Women will be looking to claim a victory which could help them secure top spot of their Women’s Champions League group when they face Slavia Prague Women on Thursday.

At a time when the Italian side have booked their spot in the quarter-finals, Slavia Prague have failed to win any of their five group matches.

Slavia Prague have been eliminated from the Champions League after picking up just two points from their five games in the main draw.

Although the side from the Czech Republic have fialed to claim a victory in the group stage, they can at least be pleased with the way they have competed.

After suffering a 1-0 defeat to Roma in the opening match of the main draw, Slavia Prague lost 2-0 to Wolfsburg, before St Polten claimed a narrow victory due to a stoppage-time winner.

Despite missing out on a draw in their home encounter with St Polten, they were able to pick up their first point of the group stage in the reverse fixture against the Austrian side.

Impressively, Slavia Prague prevented Wolfsburg from securing a fifth consecutive victory across all competitions last week after holding them to a goalless draw, and they will aim to use the confidence gained from that result to pick up at least a point on Thursday.

Roma have performed well in their first campaign in the Women’s Champions League, with progression to the knockout rounds already secured.

After making their way through qualifying, they began the group stage with victories over Slavia Prague and St Polten, before they played out a 1-1 draw with Wolfsburg at home.

Their first Champions League defeat came at the hands of Wolfsburg on matchday five, with the German champions showing their quality to beat Roma 4-2.

While Roma left Germany empty-handed, they booked their place in the knockout rounds with a comfortable 5-0 victory over St Polten last week, through braces from Benedetta Glionna and Manuela Giugliano alongside a goal from Annamaria Serturini.

With Alessandro Spugna’s side sat one point adrift of Wolfsburg, they will only finish in first place if they beat Slavia Prague and the German side fail to win against St Polten.

These two teams have previously met on just one occasion in the Women’s Champions League, where Roma claimed a 1-0 victory.

Slavia Prague are still expected to be without the services of Martina Surnovska due to an injury issue, while Kristyna Ruzickova will try to provide a goal threat for the hosts from the left flank.

Franny Cerna and Denisa Tenkratova are expected to retain their places, with Karel Pitak naming an unchanged lineup.

Spugna has the majority of his squad at his dispossal, although Lucia Di Guglielmo remains sidelined, while Serturini could be replaced by Glionna.

Valentina Giacinti will aim to add to the 11 goals she has scored across all competitions this season when she leads the line for the hosts in the final group match.