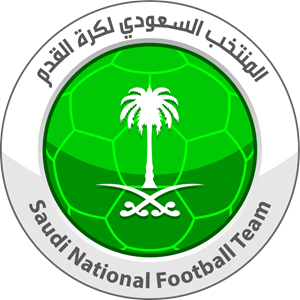 Saudi Arabia
by Vincent
2 months ago 0 83

Poland take on surprise group-leaders Saudi Arabia on Saturday at the Educations City Stadium, in a crucial battle for qualification in Group C.

The Bialo-czerwoni played out a goalless draw with Mexico in Tuesday’s opener, while their opponents beat Argentina to pull off one of the greatest World Cup upsets in living memory.

Following an uninspiring first 45 minutes at Stadium 974 on Tuesday, Poland were presented with a golden opportunity to snatch all three points against Mexico, as Robert Lewandowski was wrestled to the ground in the penalty area by Hector Moreno.

However, World Cup hero Guillermo Ochoa was there to deny the country’s record goalscorer, as the Barcelona forward failed to convert from 12 yards for the second time this month.

Poland will feel that this was a missed opportunity against a side that they would have been expecting to compete with for that second qualification spot, perticularly after favourites Argentina dropped unlikely points.

If Czeslaw Michniewicz’s side are to stand any chance of progressing, a victory is crucial here, and they will have to be on their toes against a high-pressing Saudi Arabia side, who will still be riding the wave of their greatest ever victory.

Salem Al-Dawsari’s amazing winning goal on Tuesday will go down in World Cup folklore, as the 31-year-old’s spectacular curling finish condemned Argentina to their first defeat in 36 matches.

Saudi Arabia impressed with their bold style of play, incorporating a dangerously high and aggressive line, springing the offside trap an incredible 10 times.

Mohamed Kanno played the role of midfield enforcer almost perfectly, while Hassan Al Tambakti put in a heroic performance in the centre of defence.

With three points already secured, another result on Saturday would put the Green Falcons well on their way to a first run to the knockout rounds since 1994.

These two nations have previously met on just one occasion in a friendly back in 2006, where Poland claimed a 2-1 away win.

Both Krystian Bielik and Bartosz Bereszynski were confirmed to have been carrying knokcs since Tuesday by head coach Michniewicz, but they should be fit and available on Saturday.

With Poland desperately needing points, there is a chance that we will see extra firepower in the form of Arkadiusz Milik brough in from the outset.

Saudi Arabia full-back Yasser Al Shahrani was reportedly flown home from the World Cup after successful jaw surgery, following a horror collision with his own goalkeeper on Tuesday.

As a result, we are likely to see Mohammed Al-Burayk in from the start, in a very familiar side to the one that surprised four days ago.