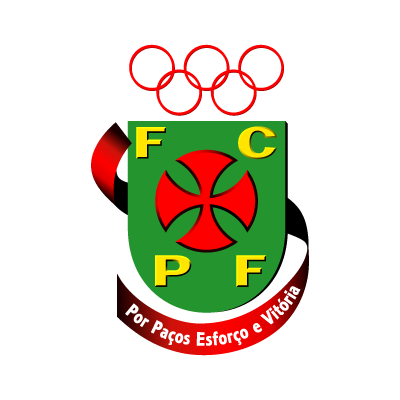 League leaders Benfica make the trip to the Estadio da Capital do Movel to face basement side Pacos de Ferreira in the Primeira Liga on Thursday night.

While the hosts are seeking to avoid an 11th successive game without a victory on home soil, the visitors have lost just one of their 18 matches away from home so far this season.

Pacos Ferreira finally picked up their first league victory of the season when they won 1-0 away at Rio Ave just under two weeks ago, but they failed to succeed for a second successive game as they were beaten 2-1 at home by Braga last weekend.

Cesar Peixeto has picked up four points from his first three matches as Pacos Ferreira manager after taking charge on January 2, but his new side remain rooted to the foot of the table and are 12 points adrift of safety at the halfway stage.

Pacos Ferreira will be seeking revenge when they play host to Benfica after suffering a 3-2 defeat to the Eagles in the reverse fixture back in August.

After ending 2022 with a disappointing 3-0 defeat away to Braga, Benfica have since won three and drawn one of their first four matches this year, including last weekend’s 3-0 victory over Santa Clara.

Benfica, who are bidding to win their first Primeira Liga title in four years, still hold a four-point lead over their nearest challengers Braga in second place, while current holders Porto and Sporting Lisbon sit further back in third and fourth places respectively.

Thursday’s contest against Pacos Ferreira is Benfica’s second of five away matches across a period of six matches across all competitions, but Roger Schmidt’s side will be confident of success on their travels, as they have won each of their last 11 meetings with the Beavers, scoring 32 goals in the process and at least twice on each occasion.

In the 48 previous meetings between these two teams across all competitions, Pacos Ferreira have claimed four victories while Benfica have won 40, and they have drawn in four. Benfica have scored 124 goals and conceded 36 in the process.

Pacos Ferreira centre-back Maracas is suspended after receiving a straight red card in the last minutes against Braga on Saturday, so Pedro Ganchas should start alongside Nuno Lima.

Left-back Antunes and attacking midfielder Matchoi Djalo are both available to return from suspension and will be in contention to start on Thursday.

Benfica key playmaker Rafa missed out against Santa Clara due to a muscle problem and he is not expected to recover in time for this game.

Nicolas Otamendi is available to return after serving a one-game suspension, and he will likely replace Morato in the starting lineup.