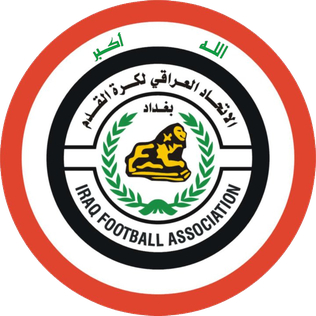 In their last game before the World Cup, Costa Rica will take on Iraq for the first time on Thursday in a friendly to take place at Basra Sport City Stadium.

While Iraq have failed to score in back-to-back matches, drawing Ecuador 0-0 over the weekend, Costa Rica defeated Nigeria 2-0 last Wednesday.

In their two friendlies played this month, Iraq have barely touched the ball or tested opposing goalkeepers, firing just one effort on target combined in those fixtures, while having just 26% of the possession against both Mexico and Ecuador.

Iraq’s defensive work over the weekend was largely improved from what was seen against Mexico a week ago when they lost 4-0, their worst defeat since losing by a similar scoreline to Argentina at the 2018 Superclasico Championship.

Jesus Casas’ side have only been able to score multiple goals in a single game once so far this year, when the beat Zambia 3-1 in March.

Meanwhile, Costa Rica have an opportunity to extend their unbeaten run against Asian opponents to three straight matches on Thursday.

This current crop of players managed to earn the last World Cup berth in 2022 courtesy of its defensive shape, conceding kjust one goal in their final six qualifiers this year.

Their organisation and discipline along the backline saw them through to an inter-confederation playoff as the Costa Ricans scored just 13 goals in 14 matches in CONCACAF World Cup qualifying, but gave up the second-fewest.

Luis Fernando Suarez chose a World Cup squad made up primarily of veterans with plenty of international experience at every position except midfield, where just four of the 12 players selected have more than 10 international caps.

Costa Rica enter the contest unbeaten in their last four games against teams outside of their region, scoring multiple goals in three straight matches.

These two nations have not previously met on any occasion and this will be their first meeting in an international friendly.

After conceding four goals in a defeat to Mexico, Jalal Hassan was much sharper in goal for Iraq on Saturday, stopping four shots to collect a clean sheet against Ecuador.

Oscar Duarte scored his first goal in over a year for Costa Rica in their victory over Nigeria last Wednesday, while Esteban Alvarado picked up a clean sheet.

Celso Borges can move into fifth place in all-time goals for Costa Rica if he scores here, as he is currently tied with Juan Ulloa at 27.