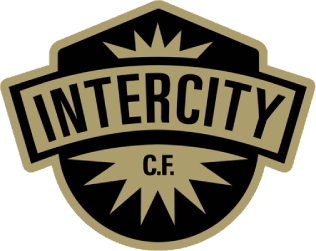 Barcelona
by Vincent
1 month ago 0 36

Barcelona will be looking to secure their place in the last-16 stage of the Copa del Rey when they travel to third-tier outfit Intercity on Wednesday.

The visitors are the most successful side in the history of this competition, lifting the trophy on 31 occasions, with their last victory coming during the 2020-21 campaign.

Intercity have had to win twice to reach this stage of the competition, claiming a 1-0 victory over Cirbonero in the first round on November 13 before a 2-0 win against Mirandes in the last round on December 20.

Intercity have not actually been in league action since suffering a 1-0 defeat to Amorebieta on December 17, while they will continue their Primera Division RFEF – Group 2 campaign against Eldense on January 8.

Gustavo Siviero’s side actually played Barcelona B at the start of December, and the points were shared in a goalless draw, but it would be fair to say that this will be a different level entirely for the hosts.

Meanwhile, Barcelona were back in action after the 2022 World Cup on Saturday, playing out a 1-1 draw with Espanyol in the Barcelona derby at Camp Nou.

Xavi’s side have won the Copa del Rey on 31 occasions, in addition to finishing as runners-up 11 times, but this competition is third on their priority list this season, as they target success in La Liga and the Europa League.

Barcelona are entering a very busy perios of their campaign, as they have a huge league match against Atletico Madrid on January 8 before facing Real Betis in the semi-finals of the Spanish Super Cup three days later.

They will also face Manchester United in a two-legged Europa League playoff next month, but their immediate focus will be on domestic matters, and it would be a huge surprise if they fail to progress to the last-16 stage of the Copa del Rey at the expense of Intercity.

Intercity vs. Barcelona Head to head

These two teams have not previously met on any occasion and this will be their first meeting in the Copa del Rey.

Intercity have not reported any fresh injury concerns and they could name the same XI that took to the field from the start last time out.

A 5-3-2 formation is likely to include Pol Rioge and Soldevila in the final third of the field, while Cristian Herrera should retain his place in midfield.

Barcelona’s Jordi Alba was sent off against Espanyol at the weekend, but the suspension does not relate to this competition, so he will be available for selection.

Robert Lewandowski is also available despite the suspension that continues to hang over his head, with his involvement against Atletico in huge doubt.

Intercity vs. Barcelona: Odds and Predictions