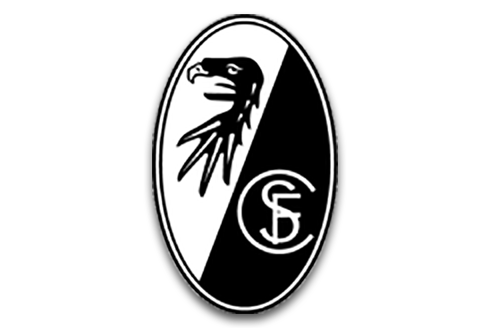 Eintracht Frankfurt
by Vincent
2 weeks ago 0 57

Freiburg play host to Eintracht Frankfurt at the Europa-Park Stadion in a top-four contest in the Bundesliga on Wednesday night.

While the hosts suffered a 6-0 defeat away at Wolfsburg last time out, the visitors moved up to second by beating Schalke 04 3-0 at the weekend.

Having headed into the World Cup break in second place behind leaders Bayern Munich, few people could have foreseen the nature of Freiburg’s defeat to Wolfsburg on Saturday.

With his side through to the last 16 of the Europa League and the DFB-Pokal, Christian Streich will hope that their first game back after the World Cup was a complete blip which thay can use as motivation ahead of fighting on three fronts, but it is far from ideal timing to be facing a Champions League qualification rival in the shape of Frankfurt this week.

Frankfurt leapfrogged Freiburg in the table by securing their third win in four league matches against Schalke at Deutsche Bank Park, although the 3-0 scoreline arguably flattered the hosts.

Oliver Glasner’s side looked set for a comfortable afternoon against the Bundesliga’s bottom-placed side when Jesper Lindstrom opened the scoring after 21 minutes, but they had to wait over an hour to double their lead through substitute Santos Borre, before Aurelio Buta sealed their victory in injury time.

However, their struggling opponents had more shots on target and possession across the 90 minutes, suggesting that Frankfurt’s performance levels may take some time before getting back to their peak range.

With Freiburg likely to be determined to bounce back from a disappointing defeat at the weekend, Frankfurt may well need to find an extra gear of they are to return home with another positive result ahead of facing DFB-Pokal and Champions League ties of their own next month.

In the 40 previous meetings between these two teams, Freiburg have claimed 14 victories while Frankfurt have won 17, and they have drawn in nine. Frankfurt have scored 56 goals and conceded 46 in the process.

Vincenzo Grifo missed Freiburg’s game against Wolfsburg through illness, and the winger remains a doubt in midweek, while Roland Sallai is ruled out due to a muscle injury.

Philipp Lienhart was surprisingly only called upon from the bench during the defeat to Wolfsburg, and the central defender is likely to one of at least few changes made by Streich.

Frankfurt will travel without Eric Ebimbe after the wing-back suffered an ankle injury during their win against Schalke on Saturday.

Ansgar Knauff will likely switch to the right side, with Christopher Lenz handed the nod at left wing-back should Luca Pellegrini’s calf issue keep him sidelined as expected.